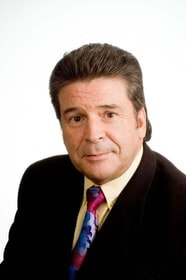 Malcolm Harslett has devoted his life to entertainment as an accomplished actor, writer, producer, director, teacher, songwriter, designer and set painter, ice skater and shares his wealth of experience in both live theatre and television.

He had been, and continues to be, the instigator of many local productions in a career, which began at the age of 3 in South Australia, and he has toured extensively internationally.

For 7 years he was the Creative Programme Director of the Out of the Square (OOTS) Network of 7 Adelaide suburban theatres and arranged 100 performances annually for the venues.

Since 1978 Malcolm has been Managing Director his own company ‘Mighty Good Productions’ and the 'Mighty Good Talent School’ teaching both children and adults acting and speech for Stage, Film and Television.  He has also written the Acting Curriculum and continues to oversee the operations of the school. In 2019 Malcolm was awards the Adelaide Theatre Guide's Richard Flynn Curtain Call Award for sustained excellence and contribution within South Australia.

Since 2010 he has been the host, and more recently the producer, of the National TV programme “Our Time” on Channel 44 having interviewed over 1400 guests from every walk of life.

In 2021 Malcolm conceived and directed the Fringe award winning show 'Men Who Dance'. 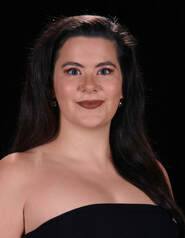 Tina has trained in many styles of dance, theatre, and music for most of her life, later on refining her dance technique and completing her Bachelor of Creative Arts Dance in 2017. She loves combining her performative passions together to create something special.

She has recently performed in various Fringe shows, as well as with Legs on the Wall. She has a passion for creative fun, expressive, and strong learning spaces.
Teresa De Gennaro - Singing/Acting 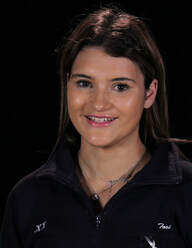 ​​Victoria started off dancing at the age of 3 training in ballet and jazz, she later moved to the mighty good talent school at the age of 7 to train in jazz, tap, ballet singing and acting. Victoria was apart of the young talent team for 4 years and performed in many professional productions with the group featured in the cabaret under the stars and back to back festival. In 2019 she won the Wally Carr singing award, Wilma Murphy acting award and the Gwen Mackey dance award. Following this in 2020 she won the student of the year award. Victoria is currently studying a bachelor of social work and wishes to one day complete a masters of education and become a primary school teacher. Victoria loves working with young children and fostering a fun and friendly environment in her dance classrooms. 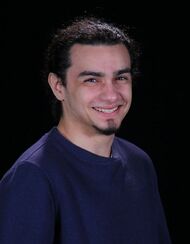 Michael Kranitis has graduated from one of Mighty Good Talent School's top students to teacher. He's worked professionally as an actor and having been a student teacher for many years, he'll now be taking the Saturday students under his experienced wing.

Along side acting, Michael is studying how to be a VFX artist at Flinders University doing a Bachelor of Creative Arts in Digital Media, which encorperates learning under CDW Studios.
Liliano Franco - Singing

​Born and raised in Adelaide, Liliana Franco has been a passionate performer from an early age. After years of singing, dancing, and acting classes, piano lessons school musicals, plays, summer camps, and workshops, Lily was fortunate enough to be accepted into Adelaide university's elder conservatorium where she was part of the first graduating cohort of the bachelor of music theatre degree. She has most recently performed at Santa's Wonderland in The Search For Santa  alongside MGT's very own Malcolm Harslett. Liliana loves working with children and is excited to join the MGT family and begin teaching in 2022. 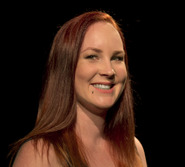 Kelly Gogler has been teaching at Mighty good since 1998. She grew up as a student in the school, learning all of the curriculum areas, her specialty being dance. Kelly continued dance at university and completed her bachelor of dance performance. She then furthered her study completing a bachelor of early childhood education. Kelly has choreographed and performed in musicals, such as "Teen Dream" and "Hip Hop Harry and the Who Who". She teaches part time at Flinders Park Primary school and is the instigator of the Happy Feet Dance classes. Kelly is a much valued and experienced senior teacher at the school.
Talia Monaghan - Dance 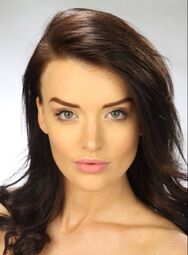 Talia’s involvement in the performing arts
began at the young age of two and has incorporated various dance and movement styles over the years. Talia has won numerous Australian State and National titles both as a soloist and within teams over the 16 years of her Calisthenics training.

At the age of seven, she underwent training in Ballet, Jazz, Tap, Hip Hop, Singing and Acting at The Mighty Good Talent School where she developed her confidence and performance skills.

Talia has been a successful coach and performer winning multiple State and National competitions in all age categories in Jazz, Contemporary and Hip Hop.

Throughout her years as a performer she has been privileged enough to host and perform in lead roles in multiple pantomimes, cabaret shows - interstate and overseas in Singapore. She has also choreographed corporate events, productions, pantomimes, and music video clips Australia wide.

For the past ten years, Talia has been teaching many different styles of dance to children of all ages, and her love and passion for developing her student’s skills and appreciation for the art is continually blooming.
​Talia played the title role in MGP original production of Cinderella in 2021. 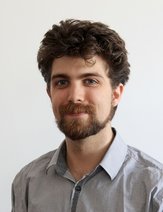 Luke Bartholomew is a film and theatre practitioner who specialises in writing, directing, producing and sound. With a BCA in film studies from Flinders University, he oversees the filming and vocal recording of the students. He also produces all our visual media for the school and maintains our online presence. On top of overseeing the technical aspects of the school, Luke continues to work as Star Theatres' head technician and freelances in the film industry.

When Luke finds the time, you can find him producing his own film and theatre original work. He's also taken up ballroom dancing and tap. 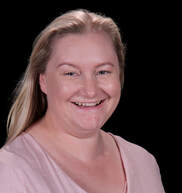 Emily Jaensch began as a student at our Mt Barker location and discovered a love for performing and administration.

Over the years Emily developed skills in ballet, tap and all facets of performance and began as a junior administrator.
After multiple years running the front lines of the company, she is now the controlling background administrator of the Talent School and Star Theatres.